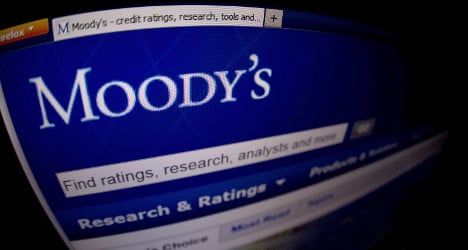 Spain announced this month it would emerge from the rescue programme in January without seeking further financial aid from the European Stability Mechanism (ESM) safety net.

The news was "credit positive" for investors in Spanish bank debt securities who risked being forced to accept some losses if the banks tapped the ESM for further help, New York-based Moody's said.

"However, we do not interpret the exit from the European support programme as a clean bill of health for Spain's banks," said a report by Moody's Investors Service senior analyst Alberto Postigo.

Risky loans, mostly linked to the Spanish property sector, which collapsed in 2008, climbed by €6.9 billion from the previous month to an unprecedented €187.8 billion in September, a Bank of Spain report showed this week.

The bad loans rose to 12.68 percent of all credit extended by banks in Spain in September from 12.14 percent in August, representing a fourth consecutive record high.

The non-performing loan ratio "far exceeds" the nine percent reached during the financial crisis of the early 1990s, Moody's said.

"Although the exit from the financial assistance programme eliminates the more immediate threat of burden-sharing, we believe that risks for creditors have not dissipated."

Last year, the eurozone agreed to make a rescue loan of up to €100 billion to fix the banks. Madrid used €41 billion of the total credit.

The European Union this week welcomed efforts by Spain to repair its banking sector and said investor confidence was back.

But it warned that Spain's economy, emerging gingerly from a two-year recession with a jobless rate of 26 percent, posed the most significant risk to banks.

"Confidence in the Spanish financial system is back," Economy Minister Luis de Guindos said in an interview this week with Spanish public television.

"There are no doubts about the liquidity and solvability of the Spanish banking sector," he added. 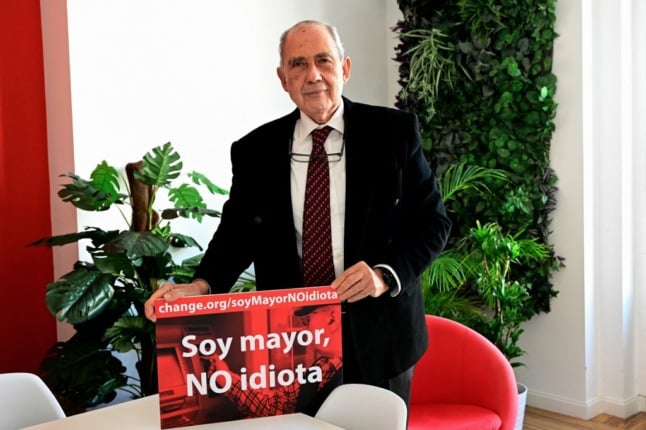