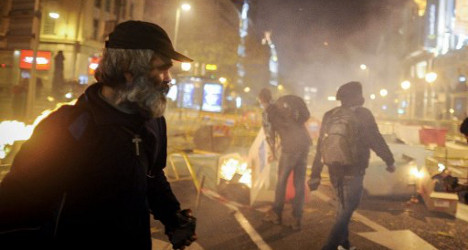 Obstructing streets with objects including car tyres will be illegal if Spain's new Citizen Security Law is passed. Photo: AFP

The release of Spain's draft Citizen Security Law has raised more than a few eyebrows.

While the country's government says the proposed laws are designed to "protect democratic coexistence and ensure the exercising of liberties", the opposition socialists see things differently.

"This is not a citizens' security bill, it is a citizen-repression bill," they say.

So what's all the fuss about?