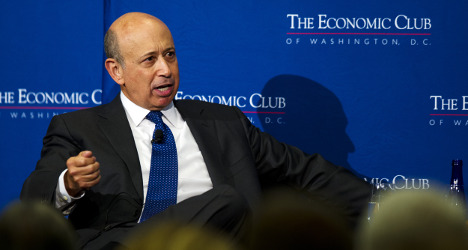 In a report titled Mea culpa or mea maxima culpa? the bank took stock of its economic forecasts for the past 12 months.

Goldman Sachs gave itself a pat on the back for predicting the stablization of eurozone economic activity in mid-2013.

But the global investment giant also conceded it had underestimated developments including "the benefits of structural reform" across Europe.

And the bank was particularly keen to make amends for its predictions for Spain.

"Relative to our original outlook, growth performance in France and Spain has exceeded our (weak) expectations," the bank wrote in the November 14th report.

"Spanish commitment to reforms has impressed, and we begin to see some of the fruits of that effort in terms of more efficient adjustment," the report stressed.

The global investment giant also noted Spain's inflation had "surprised to the downside" with "labour market reform" appearing "to have had a more immediate impact on wage bargaining" than expected.

Supply side economics is about reducing legislative and fiscal barriers to the production of goods and services.

"This offers succour not only to the Spanish government, but also to the European authorities as a whole given the need for some evidence that macroeconomic adjustment can deliver improved economic performance," Goldman Sachs said in its report.

Spain chalked up 0.1 percent growth in the third quarter of 2013, ending a nine-quarter recession.

The growth figure meant a technical end to the recession as measured in terms of contraction in output.

But economists warn of continuing challenges to recovery and expect unemployment to remain painfully high after five years of crisis that have thrown millions out of work and driven up poverty.