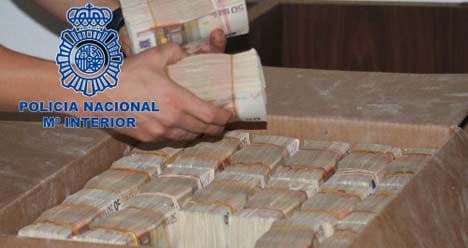 Officers also arrested five suspected traffickers in raids in the eastern city of Valencia and the capital Madrid, a police statement said.

Officers found most of the drugs and the bank notes in a house in Valencia — "one of the biggest seizures of cash ever carried out in Spain", the
statement said.

Of the five suspects, two were arrested in Valencia and two in Madrid, where the gang had another house that it used to organise transportation of the drugs.