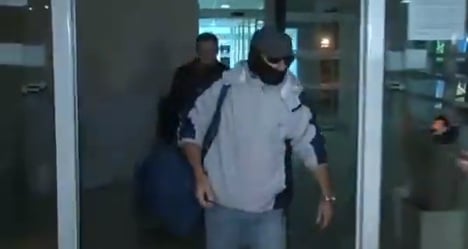 The official, Antonio Martínez Bermejo, said people in the city had been suffering "a certain collective and social psychosis" since the release of Pedro Luis Gallego.

In some of the attacks he reportedly approached his victims in their apartment buildings where he forced them into the lift before raping them.

But a Spanish court on November 14th released a sex killer dubbed "the elevator rapist", the third such convict freed under a European human rights ruling on Spain's rules for criminals convicted of certain crimes.

Before his release, Gallego lived in Valladolid, but his current whereabouts are not known.

"We don't have official confirmation of his presence in the city," said Valladolid official Bermejo.

Some city residents, however, have already called police to report sightings of the man, according to Spain's Ideal newspaper.

Many of those callers have demanded Gallego's arrest, the paper reported on Tuesday.

Sources told Spain's Efe news agency that Gallego was in the province of Valladolid but planned to leave "when he found something".

Bermejo, meanwhile, called for "calm" and said people should "trust" in the police to do their job by monitoring the man's behaviour.

Like certain other serial convicts in Spain, the courts prevented him from shortening his sentence due to credits earned while in jail, under a Spanish judicial procedure known as the Parot Doctrine.

The European Court of Human Rights in Strasbourg last month overruled that doctrine in the case of an ETA prisoner.

That prompted Spanish courts to accept appeals from various jailed convicts of the Basque separatist group as well as several serial rapists and killers.

The decision outraged many in Spain, including victims of ETA, which is blamed for 829 killings in its four-decade campaign of attacks for an independent Basque homeland.

On Thursday a court in the northern city of Burgos said in a statement that it had taken into account the Strasbourg ruling in ordering the release of Gallego, who under normal rules had been eligible for early release since August 2011. 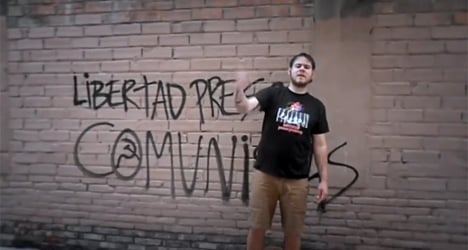