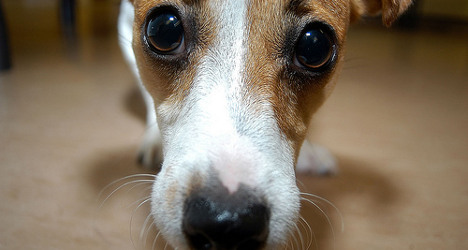 Until now, it has been widely believed that dogs were first domesticated in China or the Middle East some 13,000 years ago as agriculture developed in those areas.

But a new study published on Thursday in the magazine Nature suggests otherwise.

"We have demonstrated with genetic evidence that the centre of the domestication of the dog was, without a doubt, Europe between 19,000 and 32,000 years ago," the study's chief author Olaf Thalmann told Spanish science news agency SINC.

To determine the origin of modern dogs, researchers including scientists from Spain's government science body the CSIC, tested the genetic material of modern dogs with fossils found around the world.

They found modern dogs are most closely linked with Europe's ancient wolves than with those elsewhere in the world.

"Our investigation refutes recent studies which suggest domestication is linked with agriculture, through dogs adapting to a diet rich in starch," Francesc López-Giráldez, one of the Spanish researchers involved in the study told Spain's El Mundo newspaper.

"Agriculture provoked major changes in domestication but out data shows that the process began much earlier," he added.

"We have to domestication as a long and continual process that is still happening, more than as a concrete event (that happened at a single moment)."

"What surprised us more than the European origin was the fact that doctors emerged in the context of hunter gatherer societies," Thalmann explained to El Mundo.