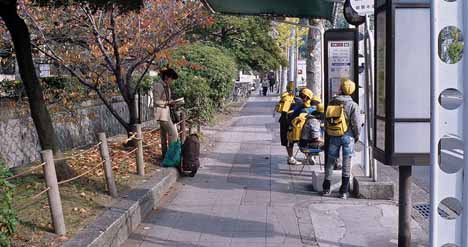 The attack took place at a bus stop in the northern Spanish city of La Coruña in February 2012. Photo: Lordcolus/Flickr

Sixty-two-year-old Agustín U.C. planned the heartless attack with one thing in mind: to get back at the judge who had put him in prison by punishing his children.

The attack took place at a bus stop in the northern Spanish city of La Coruña in February 2012.

When the aggressor saw three children getting off a school bus, he pulled out a bottle of corrosive liquid and poured it over their faces and necks indiscriminately.

The children – aged six, seven and nine –  have since had to undergo several operations due to the damage done to their faces, eyes and respiratory tracts.

The attacker, who at first fled the scene of the crime, later handed himself in when he realized he had burned the wrong victims.

He was after the children of the judge who had put him in prison for physically assaulting his wife.

Agustín U.C. told a court on Friday how his prison sentence had led to the break up of his family and to him sleeping rough in the street.

As for the acid used, Agustín claimed he employed a corrosive liquid used as a disinfectant in prison, which “itches but doesn’t burn”.

Forensic evidence suggests the corrosive liquid was a type of sink unblocker.

Spain’s public prosecutor’s office is asking for 23 years in prison and €18,000 in damages for Agustin U.C.

The defence is asking for his acquittal based on his confession and troubled psychological state.