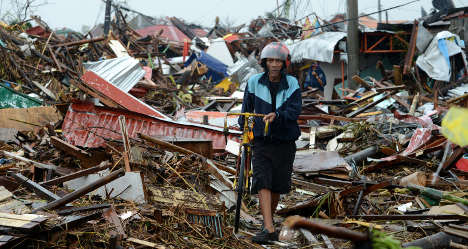 "Any shop with bread, rice and water was literally being assaulted," said Spaniard Julia Brouillard of the situation in the Filipino city of Ormoc. Photo: Noel Celis/AFP

"The island has been left without trees, without houses, with nothing left."

Brouillard made her comments after travelling across the island of Leyte in the wake of 'super typhoon' Haiyan.

She said the situation worsened as she approached the city of Ormoc, home to some 191,000 residents.

The highway itself was strewn with fallen power cables and palm trees, while Ormoc itself had "descended into panic", the Spanish traveller told El País.

"Any shop with bread, rice and water was literally being assaulted."

The images of television were nothing compared to the reality on the ground in Leyte, Brouillard said.

Up to 100,000 people are feared dead after Haiyan swept through the central Philippines, with the city of Tacloban, battered by huge waves, perhaps the worst affected location.

No Spaniards are thought to have been killed.

Spain will send two airplanes with emergency supplies to the Philippines on Monday, Spain's Secretary of State for International Cooperation Jesús Gracía has said.

Super Typhoon Haiyan, which made landfall in Vietnam early on Monday, was a category 5 typhoon — the highest level — when it hit the Philippines on Friday.

Wind gusts of 389kph (235mph) were recorded by the US navy, making this the fourth largest typhoon ever recorded.

It may be the strongest to have ever made landfall, according to the UK's Guardian newspaper. 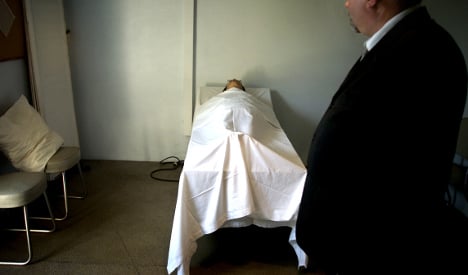 CINEMA
Spanish necrophilia movie is surprise hit in the Philippines 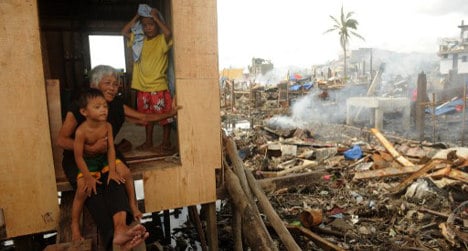 Archive photo of a body in a hospital. Photo: Jeff Pachou/AFP.

Director Hèctor Hernández Vicens' first feature film The Corpse of Anna Fritz has only been viewed 9,000 times, making just €36,000 in Spain since its premiere in October, according to entertainment magazine Fotogramas.

But in the Philippines, the creepy thriller is raking in millions of views – all illegally.

The film tells the disturbing story of three young friends who decide to be the last people to have sex with a dead, beautiful actress named Anna Fritz inside of a morgue.

WARNING: The following tráiler shows scenes some may find offensive

Fotogramas estimated that the movie has been viewed between 5 million to 7 million times in the Philippines, but the filmmakers are not making any money there.

The movie crew told reporters that they started seeing dozens of messages posted on the film's unofficial Facebook page, written in Tagalog, the most widely spoken language in the Philippines, and other local languages.

They asked their distribution company whether the film was being sold in the Philippines, and were told that it was not. Soon they found that a pirated copy was circulating around Facebook.

One of the actors and producers on the film, Bernat Saumell, has said that the movie team launched legal action to try to stop the illegal distribution of the film.

They also want to screen the film in the Pacific island country and promote the movie there.

The movie has been shown at a number of film festivals around the world, including South by Southwest in Austin, Texas and the London Film Festival.

That a film with such distasteful subject matter should prove such a hit in the Philippines is hardly surprising.

According to Google Trends, the Philippines tops the list where the term 'necrophilia' is most searched for. 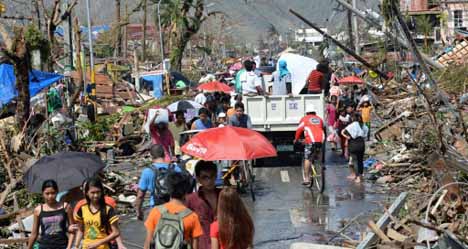