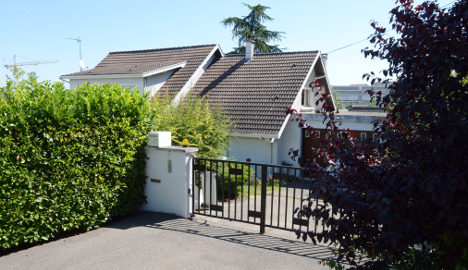 The house where Spanish businessman Publio Cordon was kept kidnapped in 1995. Photo: AFP

The Spanish high court ruled the detention of Antonio Ramon Teijelo depended on just one uncorroborated source and there was no flight risk given his "precarious health".

Cordon was kidnapped as he left his home in Zaragoza in northeastern Spain to go jogging on June 27th 1995 and was taken to a house in the southeastern French city of Lyon.

His family paid the kidnappers a ransom of more than 300 million pesetas (more than €1.8 million) in Paris but he was never seen again.

Spanish officials say he died about two weeks after being kidnapped when he jumped out of a window while trying to escape. His body has not been recovered.

Three other members of Grapo — Jose Ortin, Enrique Cuadra Echeandia and Concepcion Gonzalez — were arrested in 1995 and sentenced three years later for their role in Cordon's kidnapping.

Former Grapo leader Fernando Silva Sande, arrested in November 2000 in Paris, was also sentenced in 2007 to 28 years in prison for Cordon's kidnapping.

Grapo, which stands for First of October Anti-Fascist Resistance Group, has been relatively inactive since it was broken up in France and Spain in 2000 and 2002.

It was founded in 1975 a few months before the death of Spanish dictator Francisco Franco and has been blamed for the murders of more than 80 Spanish police and soldiers.