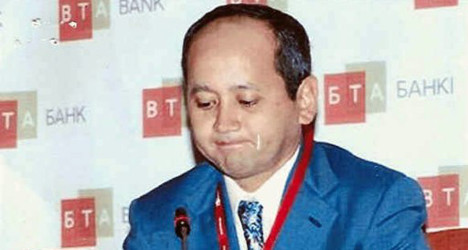 The 37-year-old argues he is being politically persecuted by the Kazakh government which he says want to obtain information from him about Ablyazov, a foe of strongman Nursultan Nazarbayev, who has ruled the ex-Soviet country for almost 22 years.

The final decision on his extradition will now be taken by Spain's cabinet, which can disregard the court's ruling.

"Kazakhstan's record of torture and ill-treatment has been well documented. Aleksandr Pavlov is at real risk of such abuse if he is sent back there," Julia Hall, Amnesty International's expert on counter-terrorism and human rights, said in a statement.

"Spain has an absolute obligation under international law to stop this from happening. If Spain extradites Aleksandr Pavlov, it will be in the full knowledge that he is likely to come to harm. Anything that happens to him in Kazakhstan will be the result of their actions," she added.

In March 2012 Kazakh general prosecutors said security services averted bombing in parks and administrative buildings in Almaty that were "at the preparatory stage" which were masterminded by Pavlov.

Pavlov who headed the personal security of Ablyazov, a former Kazakh energy and trade minister who later fled his country over accusations he embezzled billions, was arrested on the French Riviera in July on a warrant issued by Ukraine.

Once close to Kazakhstan's elite, Ablyazov was jailed in 2002 for abuse of power and illegal business activities after co-founding and leading an opposition party, in a move widely seen as a bid to silence him.

He was quickly pardoned and released, however. Returning to finance, where he had made his fortune, he led the Kazakh BTA Bank, which also had interests in Ukraine.

But in 2009, he fled to Britain amid accusations he stole billions of dollars in state and investor funds. 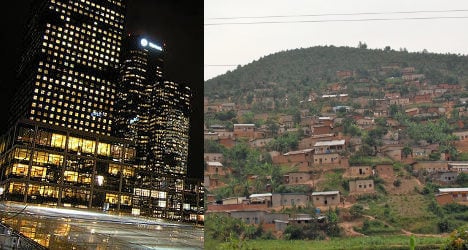 RWANDA
Doing business easier in Rwanda than in Spain
Url copied to clipboard!