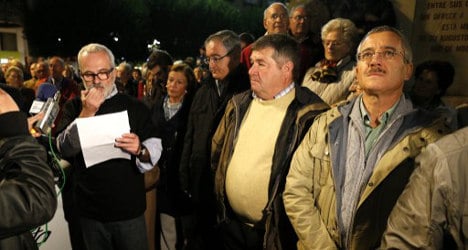 Many Spaniards are outraged by the release of Eta prisoners convicted of deadly shootings and bombings in a violent campaign to carve out an independent Basque homeland in northern Spain and southwestern France.

But the Spanish courts have said they are legally bound to comply with the ruling last month by the Strasbourg-based European Court of Human Rights.

The European rights court found on October 21nd that Spain had acted illegally by retroactively cutting short the years of remission that Eta prisoner Inés del Río Prada had earned from good behaviour.

Dozens of ETA prisoners and some violent convicts had their remissions cut short under the same policy, and they are now demanding their release under the European court ruling.

On Friday, the National Court in Madrid, which handles terrorism-related cases, examined the cases of 11 Eta prisoners and determined that nine of them were in an "identical" situation to that of Del Río, who was freed on October 22nd, a judicial source said.

The nine were set for release as soon as Friday.

The Spanish Supreme Court decided in 2006 that years of remission should be deducted from the convict's total sentence — often amounting to hundreds of years — instead of the 30-year limit on prison terms set by Spanish law.

In the case of Del Río, sentenced to 3,828 years for 24 killings, the new doctrine wiped out her remission and extended her prison time by nearly nine years.

Eta, listed as a terrorist group in the United States and Europe, is blamed for the deaths of 829 people in its four-decade campaign.

Victims of Eta violence had urged Spain to refuse to bow to the Strasbourg court and condemned the prospective release of Eta convicts.