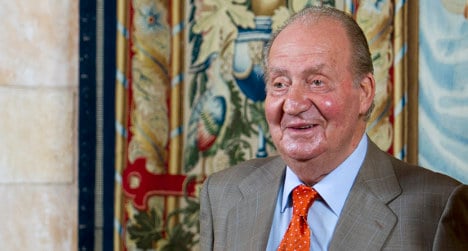 The Spanish Government on Tuesday talked up its decision to provide €7.78 million to the royal family as part of the country's 2014 budget, Spain's Huffington Post reported.

"Defending the budget of His Majesty is the easiest thing in the world," said Juan Manuel Albendea, a spokesperson on budgetary matters for Spain's ruling conservative Popular Party (PP).

The politician added he felt "lucky" to be able to support a royal budget which was the "most austere" in Europe. Part of the Spain's official budget for 2014 showing spending on the royal family.

He then cited figures from his own party's research showing that the British Monarchy had a budget of €46.6 million, while that figure was €12 million in both Denmark and Sweden and more than €8 million in Luxembourg.

With 46.7 million people in Spain, the budget for the country's royal family comes to just 17 cents per Spaniard per year, Albendea said.

The comments came in response to requests from other parties that the monarch's budget be slashed next year.

One group of parties including the left-wing IU group, the Catalans green ICV party and the socialist CHA party from Aragon want the sum to be slashed by 30 percent.

They argue this is how much the purchasing power of Spain's public servants has dropped.

Galicia's nationalist party, the BNG want the royal budget slashed by 25 percent, in line with the budget cuts seen by other institutions.

The centrist UPyD party, meanwhile, is asking for the outlay to be shaved by 21 percent.

"I'm surprised that for yet another year a parliamentary group like the UPyD which doesn't even call itself republican would present such absurd and erroneous calculations," said the PP's Albendea.

"No institution has received more austere treatment than the royal family," he added.

Spain's King Juan Carlos has a personal fortune aside from the money received from the annual Spanish budget.

The total of these assets is not known, although this has been estimated at €1.7 billion, a figure cited by the New York Times.

In April, it emerged the king's father Infante Juan of Spain, Count of Barcelona left his family 1.1 billion pesetas — the equivalent of around €6.6 million — in three bank accounts in Switzerland, where they had lived for several years.