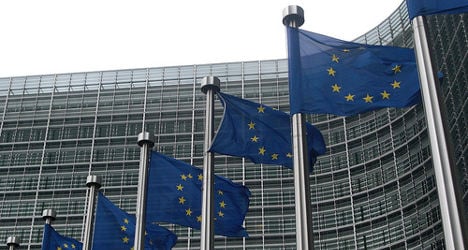 The Commission forecasts left Spanish public finances looking perilously wide of the mark as it strives to emerge from a burst property-and-banking bubble, nine quarters in a row of recession and soaring unemployment.

Madrid has been given until 2016 to reach the 3.0-percent mark, after a eurozone bailout for its banks, but Spain's public deficit will still hit 5.9 percent next year and rise again to 6.6 percent in 2015.

The Commission said weak tax revenues will leave the public finances vulnerable in the absence of a major pick-up to put the economy back on track.

The statement comes just days after Spain's statistics institute, the INE, said Spain had emerged from a two-year recession by notching up 0.1 percent growth in the third quarter of 2013.

It also comes in the wake of Spanish Employment Ministry figures released on Tuesday showing the number of people signing on at Spain's jobless offices jumped by 87,028 people in October.

The October rise is also Spain's second monthly rise in a row after September saw 25,572 signing on for benefits.

However, October's figures also mean that Spain has seen its first  year-on-year drop in unemployment since 2007, or before Spain's crisis.

The official unemployment rate is 25.98 percent, a slight decline from the previous quarter but still one of the highest in the eurozone, according to separate INE data released last week.