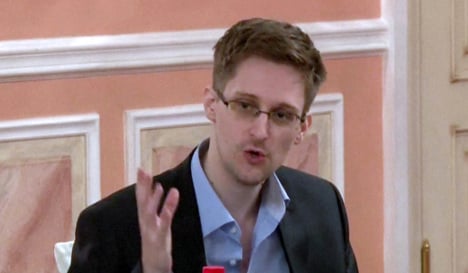 Britain's GCHQ electronic eavesdropping centre — which has a close relationship with the United States' National Security Agency (NSA) — has taken a leading role in helping the other countries work around laws intended to limit spying, the British newspaper said.

The report is likely to prove embarrassing for governments including those of Germany and Spain, which had denounced earlier reports that the NSA was electronically spying on their citizens.

Saturday's report said the intelligence services of the European countries, in a "loose but growing" alliance, carried out surveillance through directly tapping fibre-optic cables and through secret relationships with communications companies.

On Saturday it quoted a 2008 country-by-country survey by GCHQ of its European partners, plus a later report by the British agency on efforts to crack commercial online encryption, both of which it said were among documents leaked by Snowden from the NSA.

In the survey, GCHQ said that Germany's Federal Intelligence Service (BND) was tapping fibre-optic cables and had "huge technological potential and good access to the heart of the internet", while British spies were helping the Germans to change or bypass laws restricting their ability to intercept communications.

France, Germany and Spain have reacted angrily to reports of US electronic spying, with Chancellor Angela Merkel confronting US President Barack Obama over reports that the NSA had monitored her phone for several years.

Spain summoned the US ambassador last month to condemn American eavesdropping on its citizens' phone calls, after the newspaper El Mundo published a document purportedly showing that US security services tracked 60.5 million Spanish calls in one month.

But American officials retaliated by saying that European spy agencies shared phone call records with US intelligence, and media reports in Europe had misinterpreted the Snowden documents.

Sweden won praise from the British for passing a law in 2008 allowing tapping of fibre-optic cables and planned to work closely with them on carrying out the operations, the report said.

Documents leaked by Snowden, a former contractor at the NSA who has been granted temporary asylum in Russia, have caused a growing row over the United States' vast surveillance network.

China, Indonesia and Malaysia have demanded explanations this week over reports that data was being collected for the Americans via Australian embassies.