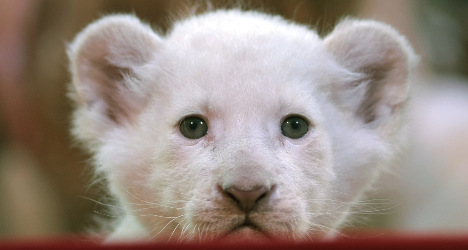 Lawmakers proposed a bill in the regional parliament to "modify the animal protection law and include a ban on using animals in the circus," said one of the deputies, Jordi Rull.

"Circuses can be attractive and do different and fascinating things that draw adults and children, without needing to use animals," he said, adding that the number of animal circuses had declined in the region.

The bill is backed by five of the seven parties in the parliament which between them hold a majority of seats, said Rull, a lawmaker of CiU, the Catalan nationalist party that governs the region.

The text decries the treatment of circus animals which it says are obliged to perform "unnatural" acts in the circus and undergo "violent training methods", and develop nervous disorders when kept in small spaces.

Catalonia, home to a strong pro-independence movement, passed a law in 2008 recognizing animals as having "physical and psychic sensitivity".

In July 2010 the parliament there approved a ban on bullfighting and the last bullfight was held there in September 2011 before the ban came into force in 2012.

The Spanish animal rights group Libera says 133 towns in Spain, 99 of them in Catalonia, have already put a stop to circus shows with animals.

"There are a lot of open sessions which the public can watch.

"The whip is a thing of the past," he added.

Catalonia's Association of Circus Professionals recognized that some companies do abuse animals and certain species can be mistreated.

But the group said the use of animals shouldn't be demonized.

She said an itinerant lifestyle, hidden and aggressive training methods and animal trafficking practices were bad news for animals in the industry.