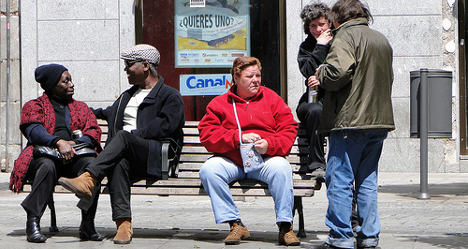 Some 96 percent of residents of Malaga are satisfied with their city, fourth overall among the cities polled by the EU. File photo: Adam Jones

The study looking at residents' satisfaction with factors ranging from health care to the environment and safety in 79 cities found high general levels of satisfaction across the continent.

At least 80 percent of respondents were satisfied with their city in all but eight of the cities polled. Among the exceptions were Naples, Palermo and Istanbul.

At the other end of the scale, the residents of the Danish city of Aalborg (99 percent), Germany’s Hamburg (98 percent), and Zurich, Oslo, Copenhagen and Groningen (97 percent) were the most satisfied with their city.

Among the four Spanish cities surveyed, Malaga scored equal fourth place overall with 96 percent of residents satisfied with life in the southern city.

In the city of Oviedo in Spain’s Asturias province, that number was 94 percent, and in Barcelona the rate was 90 percent.

Madrid scored the lowest of the Spanish cities looked at with 86 percent of people polled saying they were satisfied.

There results are surprising given that satisfaction with various key factors is relatively low in the Spanish cities surveyed by the EU.

Oviedo had the highest satisfaction with health care for those Spanish cities (75 percent) but Malaga did worst (63 percent).

In the Dutch city of Groningen, by contrast, that figure was 95 percent.

Spanish cities also fared poorly for satisfaction with educational facilities, with just 47 percent of people in Madrid saying these were up to scratch.

In Barcelona, this was 62 percent and in Oviedo 69 percent.

The EU poll also found there were seven cities where at least nine out ten people surveyed said finding a job was difficult, and two of these were in Spain — Malaga (94 percent) and Oviedo (90 percent).

For Madrid and Barcelona, those figures were 84 and 88 percent respectively.

On a more positive note, the Spanish city of Oviedo topped the poll for cleanliness with 85 percent of people saying they were satisfied.

Malaga did far less well, though, with just 35 percent of people satisfied in the cleanliness stakes. The number for Madrid wasn't much better at 43 percent.

Madrid also scored particularly poorly for air quality with 73 percent of residents dissatisfied on this front.

A total of 79 cities from the then 27 Member  States of the European Union, as well as Croatia, Turkey, Iceland, Norway and  Switzerland were included in the study.