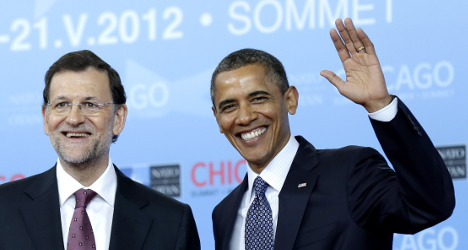 US security services tracked 60.5 million telephone calls in Spain in a single month, according to a leaked document published in a Spanish newspaper Monday as European outrage deepened over US snooping.

The National Security Agency (NSA) tracked the origin and destination of the calls and their duration, US blogger Glenn Greenwald said in a story in El Mundo, which published a classified graph of 30 days of telephone call tracing.

Greenwald, who jointly authored the article, said he had access to the previously secret documents obtained by former US intelligence contractor Edward Snowden.

The news broke hours before Spanish foreign ministry officials were to meet the US ambassador to Spain, James Costos, who has been summoned to provide information about alleged US spying on Spanish telecommunications.

The reported spying in Spain adds to a gathering scandal over US eavesdropping on ordinary citizens and world leaders, including German Chancellor Angela Merkel, whose calls may have been intercepted as early as 2002, according to the German press.

The graph published in El Mundo showed the daily volume of calls traced in the 30 days to January 8th, 2013. Initials at the top of the page included DNR, or dialled number recognition, according to the article.

The NSA tracked the origin, destination and duration of telephone calls — a criminal offence in Spain without the proper legal authority — but not the content, the paper said.

One a single day , December 11th, the NSA tracked more than 3.5 million calls on Spanish soil, the peak in the 30-day period covered by the graph.

Prime Minister Mariano Rajoy said last week he had no evidence that Spain had been spied but was calling in the US ambassador to seek information.

At a summit last week, the 28 European Union leaders approved a statement which said they valued the relationship with the United States but it had to be based on trust and confidence, especially in intelligence matters.

Rajoy said that for the moment, Spain would not join Berlin and Paris in this effort and reiterated that intelligence issues were the responsibility of national governments, not the EU. 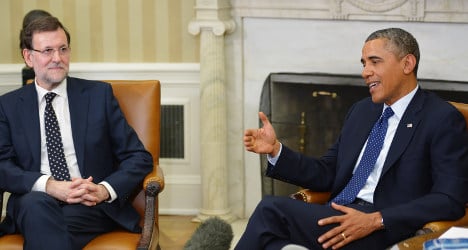 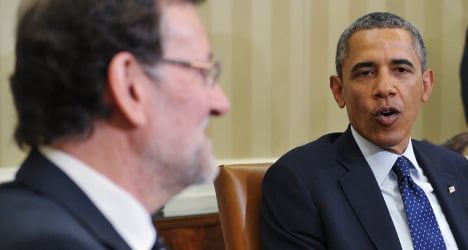