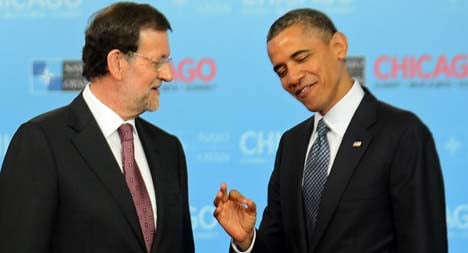 Rajoy and Obama during a NATO summit in 2012. Photo: Jim Watson/AFP

The Spanish government delivered the message to US Ambassador James Costos, summoned to explain the latest revelations in a growing scandal over US snooping on telephone and online communications of ordinary citizens and world leaders including German Chancellor Angela Merkel.

The news emerged just as a European Parliament delegation began a three-day mission to Washington to probe the impact of the surveillance on EU citizens' "fundamental rights" and to discuss a threat to suspend an EU-US agreement on the transfer of banking data.

A senior Spanish foreign ministry official met with the US envoy hours after the El Mundo daily published a classified document purportedly showing that the US security services tracked 60.5 million Spanish telephone calls in a single month.

The National Security Agency recorded the origin and destination of the calls and their duration but not the content, said El Mundo, which printed a classified graph showing 30 days of call tracing up to January 8 this year.

The graph illustrated the daily volume of calls monitored in the period, peaking at 3.5 million on December 11.

Though not shown on the graph, the newspaper said such systematic trawling of huge volumes of digital information — or metadata — would include intercepting personal details through Internet web browsers, emails and social networks such as Facebook and Twitter.

The Spanish foreign ministry said it had underscored with the US ambassador its concern over the reported snooping.

"Spain conveyed to the United States the importance of preserving the climate of trust that governs bilateral relations and of knowing the scale of practices that, if true, are inappropriate and unacceptable between countries that are partners and friends," it said in a statement.

Spain's state secretary for the European Union, Inigo Mendez de Vigo, "urged the US authorities to provide all necessary information about the supposed tapping in Spain", it said.

'We hope for an open dialogue'

During a visit to Poland, Spanish Foreign Minister Jose Manuel Garcia Margallo, told journalists that if the reported espionage was confirmed "it could mean a break in the climate of trust that has traditionally reigned in relations between the two countries".

The US ambassador said in a separate statement that some of the security programmes played a "critical role" in protecting Americans and were also instrumental in protecting allied interests.

He promised to work to address Spain's concerns. 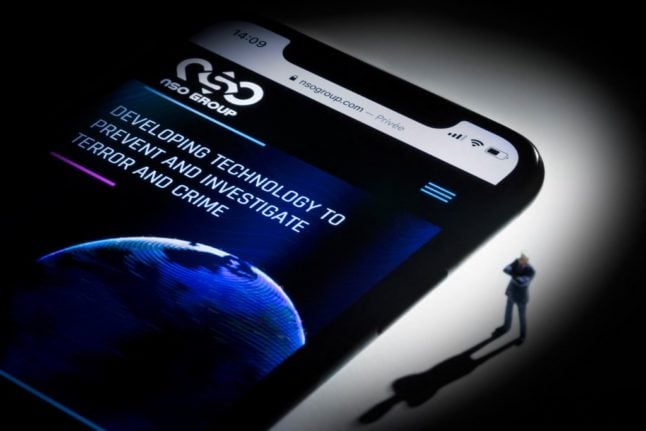 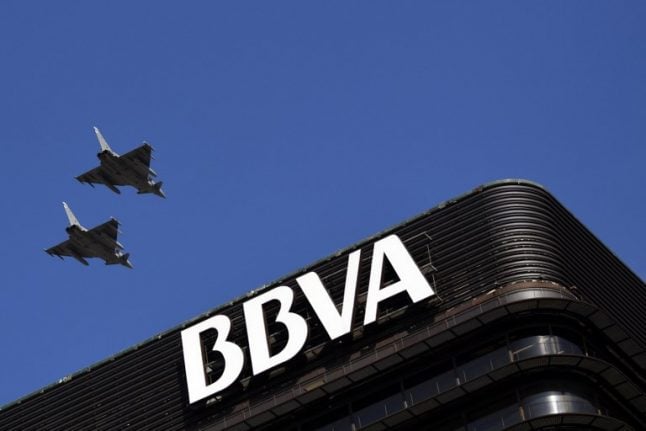 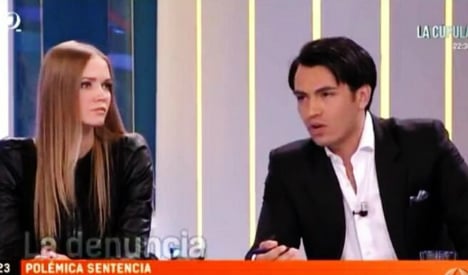