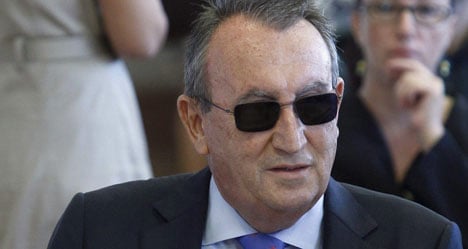 Who is this mysterious character?

Carlos Fabra is a well-known politician and businessman who in the last few years has been in and out of courtrooms more times than any other influential figure in Spain.

How did he become such a "success"?

Fabra comes from a long line of politicians and decision makers who have ruled his native town of Castellón in Valencia province since the end of the 19th century.

The son of a sympathizer with Spain's right-wing dictator Francisco Franco, young Carlos studied law at Valencia University before moving onto the political scene during the years of the Spanish transition to democracy during the 1970s.

Although initially a member of Spain’s centre democratic party UCD, he returned to his family roots by joining the newly formed Alianza Popular, a conservative party headed up by ministers who had served under Franco.

Fabra's influence in Castellón, a small Valencian province with 180,000 residents, grew enormously as he kept on taking new jobs.

First he was president of a golf club, then head of the local Chamber of Commerce and eventually chairman of Castellón Council — a post he resigned from in 2012 after 22 years in the role.

Fabra certainly is. The politician never seen without shades — he was left one-eyed after a childhood accident involving a pair of scissors — claims to have won the lottery seven times in the past decade, bagging him a grand total of €2.2 million in winnings.

But this has led to accusations of financial fraud.

How does that work?

Some expert sources say buying winning lottery tickets is a great way of laundering money that cannot be accounted for.

By offering the original winner a larger amount in exchange for the ticket, the supposed money launderer can then account for his winnings.

A very crafty system. But has Fabra been found guilty?

A total of eight judges have investigated Fabra's financial dealings but they all pulled out when it came to reaching a verdict.

What do you think happened to all the money?

Maybe he invested it into that brand new airport in Castellón. After all, it did cost €150 million.

So far it’s not managed to attract a single scheduled flight, but Mr. Fabra has always defended his airport, which he manages though his public company Aerocas.

"This is an airport for the people of Castellón, not for planes – you just don’t get it," Spanish TV channel La Sexta reported him as saying.

Mr. Fabra was referring to his brilliant idea of tapping into a new niche market: airport tourism.

This was and is a unique opportunity to give visitors full access to the runway and other areas normally kept out of bounds because of safety concerns.

So far, his project hasn't really taken off. But on the bright side, at least Spain has this brilliant statue now. It’s the “Plane Man”! The statue was commissioned by Fabra himself and built by a local sculptor, Juan Ripollés.

And in case you hadn't noticed, this 25-meter (79-foot) tall chef d’oeuvre honours the one and only Carlos Fabra.

"I had to empty my children's pockets," Ripollés told the New York Times, explaining how he had to invest €112,000 of his own money to complete the hugely over budget project.

But Mr. Fabra "couldn't give a damn about the New York Times", as he put it.

The answer to “How do you like granddad’s airport, kids?” was the only one he really cared about.

So why is Mr. Fabra The Local’s Spanish Face of the Week?

The master of filibuster, capable of postponing trials over and over again, is at it again, as Spanish authorities struggle to find him guilty of any of the fiscal crimes he’s been accused of over the years.

If he's found guilty, he could be sentenced to up to 13 years behind bars — eight for financial fraud, four for bribery and one for influence peddling.

But that shouldn't scare the man behind the airport that the New York Times called the symbol of "wasteful spending" in Spain. 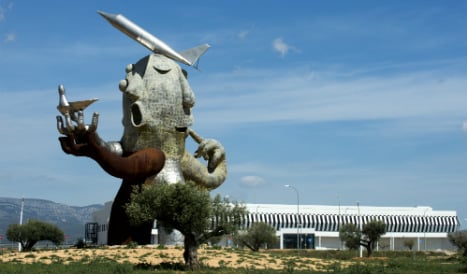 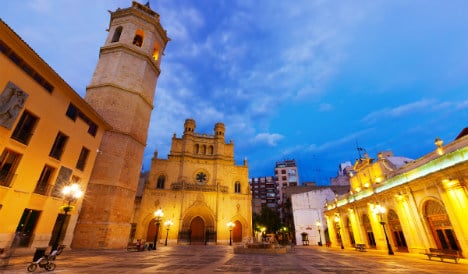