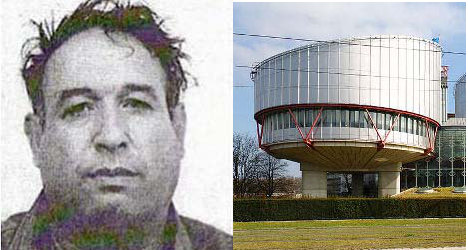 The European Court of Human Rights’ decision to rule against Spain over the "Parot doctrine" has allowed serial rapist Carbonell to leave prison immediately. Photo: YouTube/Wikimedia

He was greeted by a large group of relatives and friends carrying bottles of whisky and shouting loudly, prison sources told Spanish newspaper El País.

In 1996, García Carbonell was sentenced to 230 years behind bars for a string of robberies, kidnappings and rapes, although his actual prison sentence was of a maximum of 30 years.

He was found guilty of other crimes in 1999 and sentenced to another 20 years, which the court decided should be added on to the previous ruling.

Carbonell should have walked in 2009, but Barcelona’s Court of Justice decided to apply the Parot doctrine to lengthen his stay till 2025.

This policy, adopted by the Spanish Supreme Court in 2006, said that years of remission earned through prison work should be deducted from the total sentence — often amounting to hundreds of years — instead of the 30-year limit on prison terms set by Spanish law.

But the European Court of Human Rights’ decision to rule against Spain over this legal practice, highlighted most recently by the case of ETA terrorist Inés del Río Prada, has allowed long-serving prisoners like Carbonell to rightfully claim — at least in legal terms — their freedom.

“He hasn't owned up to his crimes, he’s a misfit who brags about what he’s done and has always been against the prison system and our staff.”

Prison sources added that given his age and physical condition it was unlikely he would still rape or be a risk to society.