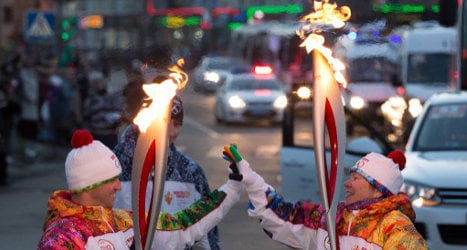 "The conditions to win the 2022 edition are not right and we have to concentrate our efforts and commitment to work and win the Winter Olympics in 2026," he said after meeting the Spanish government, national and international Olympic committees.

Barcelona hosted the summer games in 1992 and began to work on a bid to become the first city to host both summer and winter games in 2010 with a candidacy that would see events split between Barcelona and ski resorts in the nearby Pyrenees.

However, there was widespread political scepticism surrounding the bid in a time of economic crisis in Spain, particularly after Madrid's failed bid to host the 2020 summer games at the third time of trying — a decision that has caused a lot of soul-searching.

Who won The Local's battle of the cities between elegant Madrid and cool Barcelona? Click here to find out.

"We have to work to widen the consensus as much as we can," Tiras continued.

"We also need to work on defining an ambitious sporting plan."

The International Olympic Committee (IOC) opened the process for cities to present their candidacies in June.

So far Munich, Oslo, Stockholm, Lviv, Krakow and Almaty have shown an interest in submitting a candidacy.

All candidacies must be presented to the IOC by November 14th, and a final decision will be taken in Kuala Lumpur on July 31, 2015.