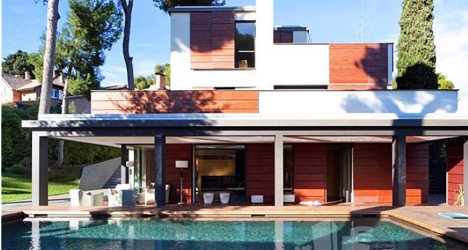 Cristina and her husband Iñaki Urdangarin spent €138,834 in public funds to deck out their home in Barcelona with everything from sofas to rugs and curtains, Spain's El Mundo newspaper reported on Thursday.

The news comes in the wake of recent revelations the pair allegedly also used public money to pay for a €1,350 safari in South Africa and €5,160 for a weekend in Rome.

Click here to see The Local's Gallery of the top ten things the princess spent 'your money' on.

The latest details of their expenditure are part of ongoing investigations into the business dealings of Princess Cristina and Urdangarin via their consultancy firm Aizoon.

The pair are suspected of embezzling up to €6 million from the non-profit sports institute Nóos and then diverting some of that money into Aizoon.

The couple's personal expenses were then allegedly written off as Aizoon business expenses.

Neither have been officially charged, and to date Princess Cristina has not been asked to appear in court.