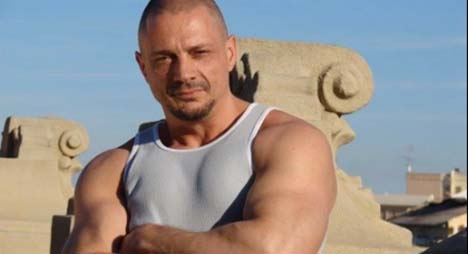 Benítez lost consciousness while in police custody and died the following day as a result of his injuries. Photo: YouTube

Two residents of Barcelona’s El Raval neighbourhood have provided a judge with footage of the events which may have led to the death of Juan Andrés Benítez last October 6th.

The videos, filmed from two balconies high above, show how four Mossos d’Esquadra police officers hold down the man minutes after he was involved in a fight with a Moroccan couple for reasons which remain unknown.

Spain’s El País newspaper has released the grainy footage which appears to show how four policemen kicked, punched and kneed the man as he “squealed like a pig”, as one of the neighbours who filmed the event put it.

According to a police statement, officers were called to the scene after being alerted about a fight between two men.

Barcelona police have claimed the officers were forced to pin Benítez down because he was agitated and decided to turn on them.

But even the man the victim had initially fought with told a judge he saw how some of the 11 officers at the scene physically attacked him even after they had him handcuffed and on the ground.

Two other witnesses have given similar testimonies.

According to Catalan newspaper La Vanguardia, Benítez lost consciousness while in police custody and died the following day as a result of injuries sustained to the head which in turn had led to heart failure.

The newly released footage will now help the judge determine whether it was police brutality that led to the man’s death, or rather than being a homicide, if it was the man’s own actions while on the ground that caused his fatal injuries.