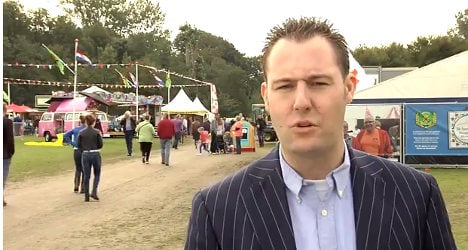 Ramón Smits Álvarez, a socialist town councillor in the Dutch city of Amersfoort, was found dead in a river in Spain's Galicia region on Monday.

He had been missing since October 10th.

The councillor with Holland's left-wing PvdA party was wanted for financial fraud after he allegedly emptied party coffers of €4,000 ($5,400).

He then fled — without his mobile and sending a final Twitter message wishing his followers well, according to a recent report from Spanish regional daily La Voz de Galicia.

The same newspaper reported on Tuesday that Smits Álvarez called his wife at 5pm on Monday to tell he was planning to kill himself.

He also called emergency services, but they were unable to prevent the politician from ending his life.

The councillor had strong connections with Galicia. His mother was from Oza in the province of Carballo, and Smits Álvarez visited Spain at least twice a year.

The reasons for his disappearance and suicide are not yet known.