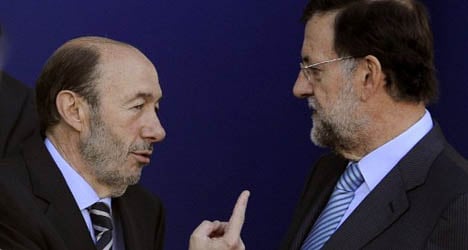 The general feeling that trust in Spanish politicians has sunk to an all time low in recent years has been confirmed by the alarming results of a survey carried out by Spanish think tank Simple Lógica.

According to their findings, only 48 percent of Spanish people registered to vote will take part in the country’s next general elections in 2015.

The highest abstention figures in Spain’s 36-year-old democracy were previously those registered in the 1979 elections, when 68.04 percent of the population cast their vote.

The drop in popularity of Spain’s two main parties, the PP (Popular Party) and the PSOE (Socialist Party), is the main reason behind Spaniards’ disenchantment with the current political scene.

In only a year both parties have gone from accounting for 70 percent of the electoral votes to less than 50 percent.

Political corruption is at the heart of the issue, with a recent study by Spanish Social Research Centre (CIS) finding it to be the second most worrying aspect about the current state of affairs in Spain after unemployment.

Simple Lógica carried out the study by interviewing over 1,000 Spaniards from the 1st to the 7th of October.

PARTNER CONTENT
Can you guess how many Americans abroad voted in the last US midterms?
Url copied to clipboard!