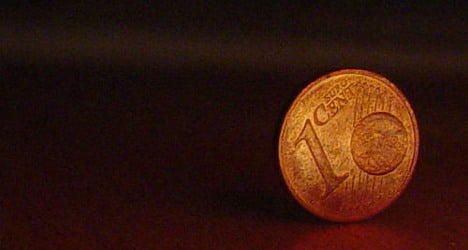 The cheque landed on the desk of the socialist mayor of La Solana in Spain's Castile–La Mancha on October 4th.

Coming as it did from María Dolores de Cospedal — the Secretary General of Spain's rival ruling conservative Popular Party (PP) and head of Castile–La Mancha's regional government — the timing could hardly have been worse.

La Solana owes €7.7 million ($10.53 million) to Castile — La Mancha's regional government, but hasn't been able to get the funds it needs to keep its social programmes running.

"We had been waiting for a solution to the (funding situation)," the town's mayor PSOE mayor Luis Díaz Cacho told Spain's El País newspaper.

"So when town workers told me (about the cheque) I thought it was a mistake."

But the government of Castile–La Mancha said the payment was a "technical adjustment" and had nothing to do with La Solana's social programmes.

The frustrated mayor told El País he had been faxing the regional government every day for two years in a bid to get funds unblocked. But there had been no answer.

"It's ridiculous, and demonstrates the lack of communication and understanding between socialist governments and the regional government of Cospedal," Díaz Cacho told Spanish radio station Cadena SER.

The regional government wanted to punish non-PP municipalities, he added.

La Solana's mayor also sees the plight of his town as part of a larger attack on small town across Spain.

Brussels have set a deficit target of below 3 percent of GDP by 2016, and Spain intends to slash spending by €8 billion a year with €3.42 billion in cuts coming via the eradication of duplicated social programmes.

More critically, from 2014 on, most of Spain's indebted municipalities will lose a say in what social programmes they will be able to fund. That power will pass instead to Spain's regions.

Díaz Cacho told El Pais he has no idea yet how that will affect life in La Solana.

But "the call we made to Toledo (where the regional government is based) was worth more than the cheque," he said of the recent shock.