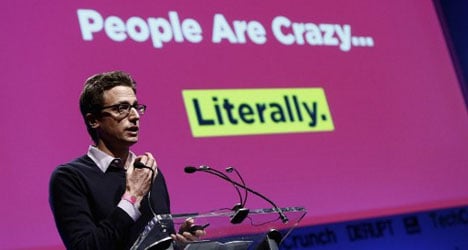 BuzzFeed said it will work with the language-learning platform Duolingo to translate some of its content and hire editors fluent in Spanish, French, and Portuguese for original news.

"Social is increasingly global so building new audiences who speak different languages, and helping spread that language at the same time, is a natural expansion for BuzzFeed," said Jonah Peretti, BuzzFeed Founder and chief executive.

BuzzFeed claims to have some 80 million monthly unique viewers for its news site, which has been moving to become a more mainstream operation after its original launch, which focused on offbeat stories and videos.

The international sites will use native speakers of Spanish, French and Portuguese who are learning English, employing Duolingo's algorithmic translator.

"As such, BuzzFeed will help advance the spreading of culture and language across the world by supporting Duolingo's free language education platform," the company said in a statement.

The statement said the Duolingo system "combines a vital human touch and algorithm to ensure the veracity of the translated post. As a result, Duolingo generates translations at the accuracy level of those generated by skilled professionals."

In addition to offering translations, BuzzFeed will employ native speakers of the three languages to "create original content and manage translated content," and will "study sharing habits and look for opportunities to expand into localized teams in the strongest markets."

Duolingo was founded Luis von Ahn, a Guatemalan computer scientist who is considered one of the pioneers of crowdsourcing. The company said its model "has been proven to be more effective than expensive language-learning softwares and university classes."

BuzzFeed announced in June it was adding a foreign editor as part of a push to expand its international coverage.

BuzzFeed began its operation with links to oddball videos and offbeat stories, and in 2011 hired Ben Smith, a onetime star political reporter, in a bid to produce more original content and send it viral.