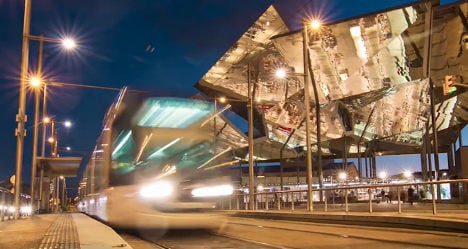 Alexandr Kravtsov, from the city of Minsk in Belarus, took three months to create the 5-minute film of Spain's most popular city holiday destination.

He shot the footage while staying with Spanish friends he met on a recent project in Russia.

"I love the rhythm of life in Barcelona," Kravtsov told The Local.

"You can feel a real spirit of freedom and you can do whatever you want and get great feedback from around the world, because Barcelona is always in the spotlight."

The filmmaker has certainly received great feedback for this effort: it has been selected as a staff pick by influential video site Vimeo and has already been seen over a quarter of a million times.

"Time lapse is great technology but I don't want to spend all my time using it. I want to learn new methods and new genres," Kravtsov said of his future plans.