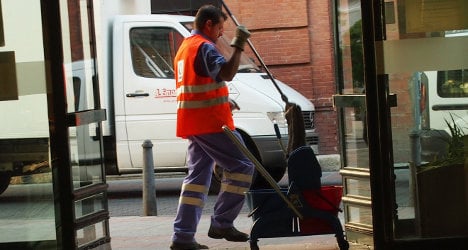 "Falling and slower growth" are not the same thing, he stressed in Spain's Parliament.

But Spain's powerful business think tank the CEC have criticized that claim.

Salaries in Spain will fall 1.5 percent from 2013 to 2014, stated the group which represents the 15 largest companies in Spain.

This was against a median rise of 2.9 in Germany, France and Italy, said the group which includes names such as clothing giant Inditex and Santander Bank.

At the same time, the CEC believes Spain will come out of recession in 2014 and grow 0.9 percent.

This is above the 0.7 percent forecast touted recently by Spain's government.

This was an upward revision from an earlier forecast of 0.5 percent for the next calendar year.