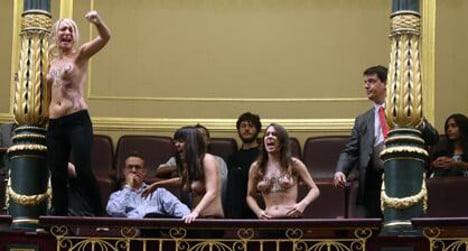 FEMEN have been gearing up to launch a campaign to “fight patriarchy” in Spain. Photo: Twitter

The group sat down in the parliament’s public viewing gallery early on Wednesday morning without anybody realizing they belonged to the activist group.

When Justice minister Alberto Ruiz Gallardón began addressing Parliament, three of the women took their tops off and shouted “abortion is sacred”, a line they also had written on their bare bodies.

They were applauded by members of left-wing party Izquierda Unida as they removed by security.

FEMEN have been gearing up to launch a campaign to "fight patriarchy" in Spain.

Footage of the protesters in Spain's Parliament on Wednesday.

In August their members told the Spanish press they were taking part in what they described as  "summer training camp" in techniques of civil disobedencience at their Paris headquarters.

Spain's conservative government said recently it would present a stricter abortion law to parliament in October. 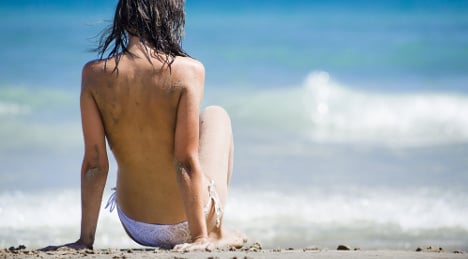 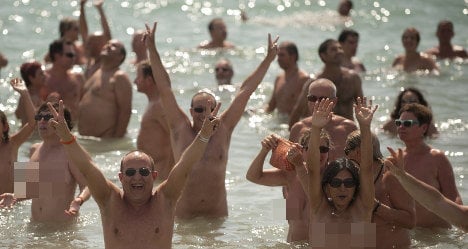