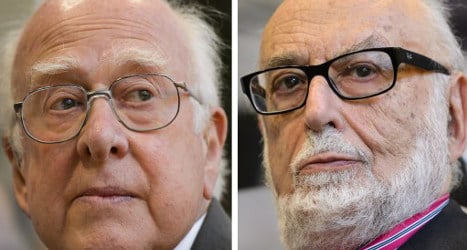 Higgs, from Scotland, and the Belgian Engler were handed the accolade "for the theoretical discovery of a mechanism that contributes to our understanding of the origin of mass of subatomic particles".

The discovery, made at the Large Hadron Collider (LHC) operated by the European Organization for Nuclear Research (Cern) in Switzerland, has been described as one of the most important scientific finds ever.

"If you ask me, this was the most beautiful experiment ever done," Björn Janson, a professor of physics at Chalmers Institute of Technology in Gothenburg and a member of the Royal Swedish Academy of Sciences, told The Local Sweden following Tuesday's announcement.

"As one of the Cern directors told me once, 'A moon landing is nothing compared to this'."

Around 200 researchers from ten Spanish institutions have played a significant role in the construction and operation of  the ATLAS and CMS detectors used for the investigating the particle known as the Higgs boson, Spain's science news agency Sinc reported on Tuesday.

Spanish researchers also contribute to the global computational network known as the Grid which stores and distributes data from the LHC.

The country's scientists make up the fifth largest contingent at Cern after the Germans, the Brits, the French and the Italians.

Spain also directly contributes some €70 million ($95 million) a year to the agency.