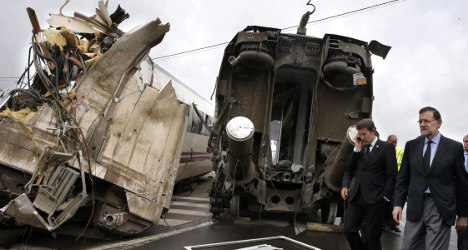 The three men are among 30 current and former leaders of the company Adif, who were charged over "a serious lack of action" on security issues, under a judicial inquiry into the accident.

Current Adif president Gonzalo Ferre was summoned to appear before Judge Luis Alaez on October 10th, and his predecessors Enrique Verdeguer and Antonia Gonzalez Martin on December 11th, according to the court ruling.

The eight carriage train was hurtling around a bend at 179kph (111 mph), more than twice the speed limit, when it came off the tracks near the northwestern city of Santiago de Compostela on July 24th, according to its data recording black boxes.

The driver, 52-year-old Francisco Jose Garzon Amo, was on the telephone to the on-board conductor and stopped speaking just 11 seconds before the train flew off the tracks and ploughed into a concrete siding, coming to rest in a mangled heap.

Garzon has been provisionally charged with 79 counts of reckless homicide. He has been released under court supervision while the investigation into the crash continues.

Judge Alaez criticized the disconnection of the advanced European Rail Traffic Management System on the stretch of railway, which would put in place automatic braking if the speed limit was exceeded.

The tracks were however run under the standard Spanish ASFA system "without demanding or adopting any measures of additional security" in order "to" try and compensate for this obvious lack of security on a high-speed railway segment".

ASFA will only put in place an emergency brake if the train passes a signal at the time at which it is speeding.

The judge said the Adif leaders "allowed this situation to endure until the accident, with a serious risk for people's life".

Adif in August said it had improved speed signs at 80 "transition points" on its network where trains are required to significantly reduce their speed.

"Oh my God. I told those guys at safety that it was dangerous and one day we would lose concentration and pay for it," he said as he lay trapped in the wreckage. 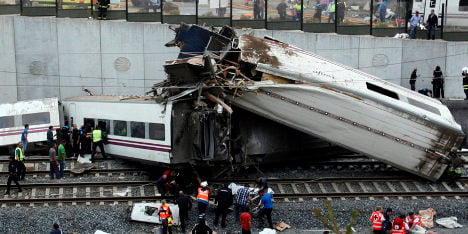 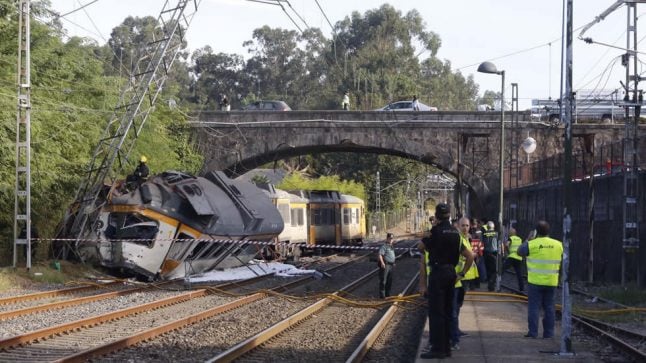