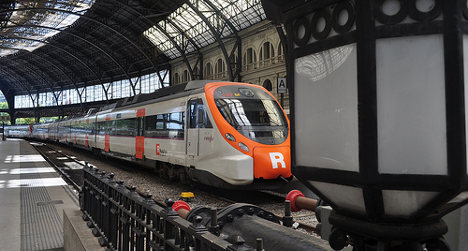 Most were suffering from whiplash or bruising, authorities said.

Traffic was still being affected on several local suburban lines including the R-1, R-3 and R-4 at 1pm on Friday.

The Director of General of transport for Catalonia Pere Padrosa responded to the accident by blaming national railway infrastructure company Adif for failing to invest in the region.

Current signalling on the busy Barcelona netwrok was more appropriate to the 20th century than the 21st, he said.

Seventy-nine people were killed near the northern Spanish city of  Santiago de Compostela in July when a high-speed train derailed on a tight curve.