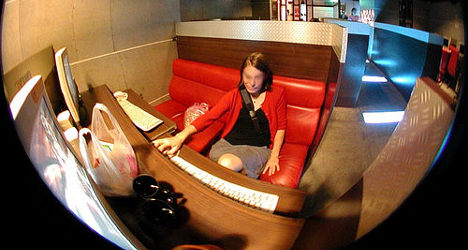 Spain's new rules mean possible sentences of six years in prison for people link to 'pirated' material such as films or music on their webpage.File photo: Jared Tarbell

The new rules mean possible sentences of six years in prison for people link to 'pirated' material such as films or music on their webpage.

End users won't be punished under the new regime but judges will also be able to order offending sites to remove their content.

In some cases, authorities will even be able to block those sites.

The rule changes are designed to help stem endemic piracy in Spain.

That's compared to around 25% in the biggest European markets, according to US Billboard magazine.

But while Spanish legal experts welcome the tougher new rules, there are still concerns.

"The regulation of links is complicated and its practical application can cause a lot of problems," Carolina Pina, intellectual property expert with Spain's Garrigues law firm, told El País.

"It can hurt businesses or limit the development of the information society," said Pina, who suggested legislators needed to "follow the money".

David Velázquez at Cuatrecasas said the new laws weren't clear enough, and would make life difficult for the courts.

To prove that a crime was committed "it is necessary to show that there is a significant breach of intellectual property rights", he said.

"But how is that level going to be set in court? What volume will be required for a crime?"

The lawyer also said that proving a crime had taken place would mean demonstrating page administrators had intended to make money.

He argued, however, that this would be difficult to establish.

"The legislative tools have been improved but there are still gaps," Velázquez told El País.

Another change will see Spain's age of sexual consent raised from 13 to 16.