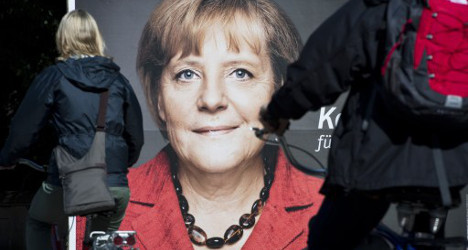 The Facebook page known as Electoral Rebellion allows Germans to offer up their votes to foreigners. People from other countries can get in touch with individual Germans directly and pass on their voting preferences.

The German voters will then give up their own votes by casting ballots on behalf of their foreign 'voting buddies' on Sunday.

"The main idea is that we are living in a globalized world with a globalized economy and we believe national democracy is insufficient," Filip Nohe of the activist group Egality Now told The Local.

"Electoral Rebellion is therefore an act of rebellion against an undemocratic system," he said.

"Decisions made in Germany, such as their austerity measures, affect life in Spain directly," said Daniel Correa, one of the Spaniards who will be 'casting' a vote in the German polls on Sunday.

"Those decisions should be made by everyone, and that's why I wanted to vote," Correa told The Local.

Correa, who coordinates the prop-democracy group Citizens for Europe, says he read up on German politics before choosing who to vote for.

"In the end, I've taken a relatively neutral position, because, for me, my vote is more symbolic than anything else."

It's impossible to know how many Germans have given away their votes through Electoral Rebellion but Nohe says there has been plenty of interest from Spain, as well as from Greece, Sweden, Israel and Palestine.

Most foreign voters appear to be left-leaning says the Egality Now spokesperson — although "a small minority"  have commented on Facebook that the "Spanish political elite is incompetent" and they are happy to have "German" influence in their politics.

"Some have said our project might be illegal," Nohe told The Local.

"We are sure, though, that this is not the case, as the secrecy of the ballet  is not compromised.

"Legally, those German who are casting their vote as just taking advice from foreigners."

After the German elections on Sunday, Egality Now will continue to work on similar campaigns and the next US federal elections are on the group's radar.

"This action is not the solution to the problems of national democracy," Nohe said.

"But it's a way of drawing attention to an important issue."