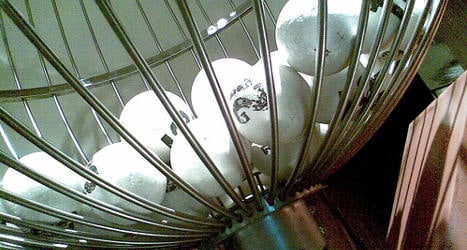 The town of some 5,500 people made the front cover of the prestigious US daily because of its innovative "lottery for jobs" scheme.

Almost every month for the last four years, Alameda has raffled off a number of municipal jobs to out-of-work locals.

It's a scheme designed to help a town particularly hard hit by the crisis, where unemployment is almost 50 percent.

"All the men who were working in construction lost their jobs and now many of them aren't entitled to government benefits," town mayor about Juan Lorenzo Pinera told BBC in 2010.

In 2012, Alameda's lottery provided work for 35 people in jobs ranging from being the lifeguard at the local pool to bricklaying to cleaning council buildings.

The NYT interviewed some of those lucky winners including bus driver Antonio Conde who had just been given one month's construction work.

Before the draw, he was so convinced he wouldn't win he chose not to attend.

"I've never had any luck at that kind of thing before, so I didn't bother,” he told the US paper.

"But winning was really uplifting. It raises your spirits. It’s a good feeling to have work."

Meanwhile, town mayor Pineda — a member of Spain's left-wing IU party — says he isn't interested in being a celebrity.

"Sharing the front page of the NYT with Obama isn't one of the goals of this town hall," Pineda told local Malaga daily Diario Sur on Thursday.

But plenty of people in Alameda have been asking where they can get their hands on a paper copy of the story about their town.

"We have only seen it on the internet, but now we don't know where to buy a copy!" Pineda told Diario Sur.