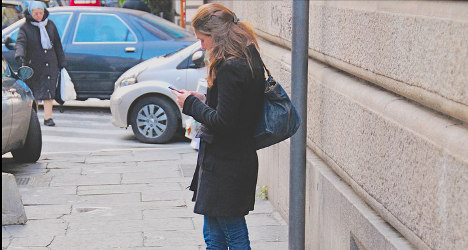 Festivities councillor Ana María García may have been the victim of a mobile texting scam. Photo: Ed Yourdon

Popular Party councillor Ana María García, responsible for the organization of local festivities in the southern Spanish town, claims the bills are a mistake.

The problems may relate to third party charges imposed by the billing company Comercial Polindus 21.

Tarifa mayor Juan Andrés Gil told Spanish news agency Europa Press they will not pay the bill until Comercial Polindus 21 clarifies what García had signed up for to clock up such as a whopping bill through third party charges.