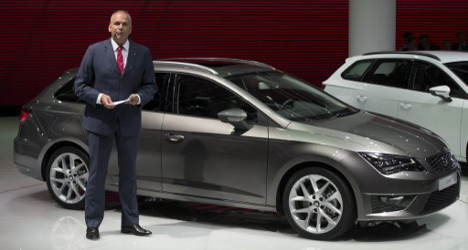 SEAT is hoping to expand by competing with French automakers Renault and Peugeot Citroen in North Africa: Johannes Eisele

"The Mediterranean is an area with relatively low competition. Everybody talks about the Far East and the South. But very few people think about the Mediterranean," Stackmann told reporters on the sidelines of the IAA auto show which opens this week.

"I'm interested in extending our footprint in this area. The major momentum from outside Europe comes from interesting places."

SEAT had now established Algeria as its seventh biggest market, with annual sales of more than 20,000 units, Stackmann said.

The Spanish automaker's new Leon model had been "well received by customers in Algeria. And we have great hopes actually that that market will become a huge next footprint for us in the North African region," he said.

Turkey and Israel were two other countries which "are going to be our key focus area for the time to come."

SEAT will nevertheless face stiff competition in the region from French makers Renault and PSA Peugeot Citroen, which have long been present in North Africa and command substantial market share there.

SEAT has embarked upon a massive strategic re-think with the aim of returning to profit from 2014.

But that goal might prove more difficult than expected.

"It hasn't officially been abandoned," Stackmann said, but pointed out that the forecast had been made before the crisis and the market had shrunk radically since then.

"We are working toward getting to this point as soon as possible, but I will not make a prediction. It is going to be hard work," Stackmann said.

Spain has overtaken Russia to become the 11th largest producer of automobiles in the world, data released on Wednesday by the International Organization of Motor Vehicle Manufacturers (OICA) shows.

Spain fell three places in global rankings in 2012 but saw 6 percent growth in production in the first six months of 2013.

Anfac, Spain's carmaker association is hoping to see production hit 2.2 million vehicles in 2013 against the  2 million cars that came off the lines last year, according to Spanish news agency Europa Press. 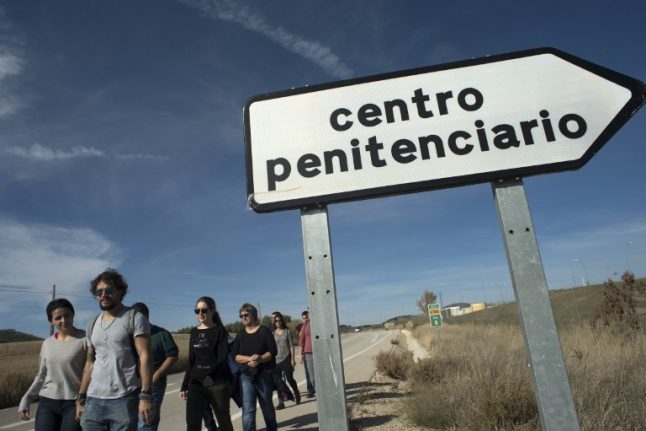 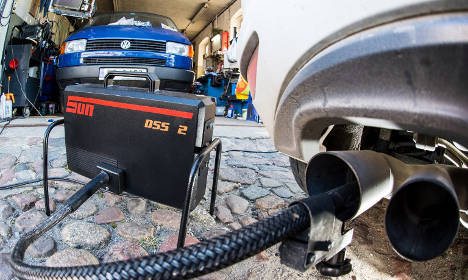 This file photo taken on October 01, 2015 shows a measuring tube sticking in the exhaust pipe of a Volkswagen Golf 2,0 TDI car during an emissions test in Frankfurt. Photo: AFP

The judge accuses Volkswagen of “suspected participation in fraud, causing damage to a great number of people, of subsidy fraud and of damage to the  environment”, according to the charges which were brought on June 30 and published on Friday.

The Spanish investigation centres on suspected diesel engine manipulation, made possible by software which detected test conditions and temporarily cut emissions to pass tests on environmental norms, it said.

Among the Volkswagen brands in the spotlight is Spain's SEAT, taken over by Volkswagen in the 1980s, which runs two factories producing SEAT-branded cars, but also Audis.

Spanish prosecutors asked for permission to open an investigation in October after associations lodged complaints against Volkswagen.

Volkswagen last month agreed to a record payout in the US, pledging to buy back or fix vehicles that tricked pollution tests, and pay each owner up to $10,000.

The huge settlement, the biggest in a US air pollution probe, only partly resolves claims against the automaker, embroiled in a months-long scandal that has roiled the industry and tarnished the reputation of the company.

But nine months after the “Dieselgate” affair, when it emerged VW had installed emissions-cheating software into 11 million diesel engines worldwide, the former paragon of German industry is still nowhere near drawing a line under the affair.

Around the world, VW is facing regulatory probes and lawsuits filed by car owners who feel they have been duped and investors who are seeking compensation for the massive drop in the value of their shares.

Analysts have put the total expected cost to Volkswagen of the scandal at up to €30 billion ($33 billion). 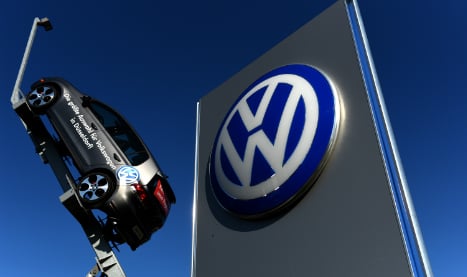