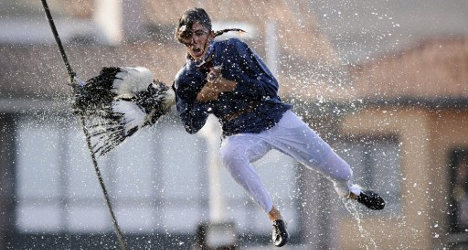 Watched by thousands of revelers, contestants hung on until they either lost their grip or the bird lost its head, sending both plunging into the water. Photo: Rafa Rivas/AFP

On the annual Day of the Geese in the small Basque town of Lekeitio, about 20 participants took turns launching themselves from boats to grab hold of a goose hooked to a cable, which in turn was shaken up and down by those on shore.

Watched by thousands of revellers, they hung on until they either lost their grip or the bird lost its head, sending both plunging into the water.

Whoever manages to cling for the most up-and-down shakes of the cable is considered the winner.

Most participants plunged into the water after one or two shakes, said an Agence France Presse photographer present in the town on Spain's far northern coast.

Some participants braced the bird's neck under their arm as they tried to tug the head off.

Any player who manages to decapitate the goose is allowed to take the whole carcass home as a trophy, after dropping into the harbor and swimming to retrieve the head.

Regional tourism promoters say the event, one of countless quirky folk festivals in Spain, is more than 300 years old. It is said to have formerly been carried out using live geese. 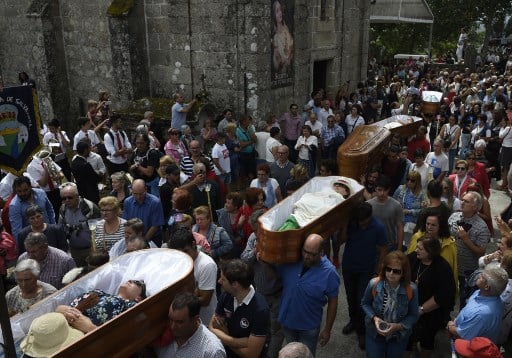 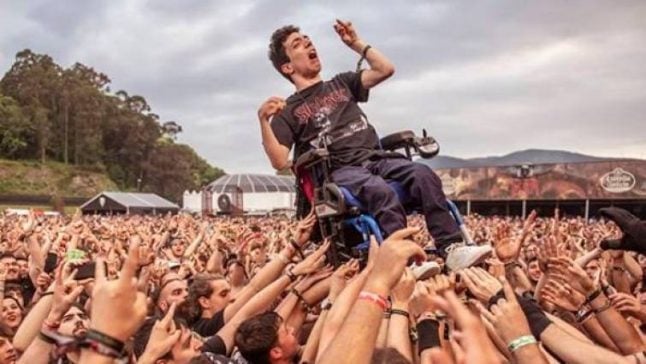 MUSIC
Meet the 19-year-old Spaniard who crowd surfed in a wheelchair
Url copied to clipboard!