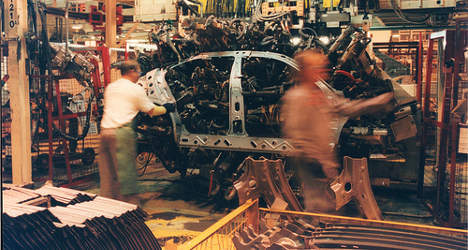 If found guilty, the companies involved could be liable for fines of up to 10 percent of yearly sales volumes. Photo: Spencer Cooper

The CNC named Volkswagen, Audi, Nissan, Ford and Seat and many others in a statement on the probe.

The watchdog said the companies would be investigated for "possible anti-competitive practices" including price fixing and "sharing of commercially sensitive and strategic information" between "auto manufacturers and distributors".

The CNC's decision to launch the probe comes in the wake of inspections carried out in June and July.

If found guilty, all the companies involved could be liable for fines of up to 10 percent of sales volumes for the year leading up to the imposition of the fine, said the antitrust agency.

The CNC has set and 18-month deadline for its investigations.

Spain's domestic automobile industry has struggled in the face of weak demand brought on by the crisis.

To combat this, Madrid has introduced its PIMA plan: a 'recycling' scheme which offers consumers a €2,000 when they scrap their old car and buy a new vehicle.

On Monday, Spain's carmakers group Anfac announced that sales of private vehicles in Spain rose 6.4 percent from January to August, with PIMA being a key factor in this growth.