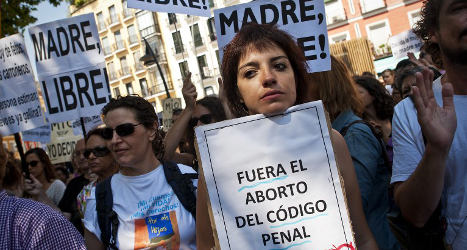 The new law to be presented before the end of October will be "in line with our commitments and with the criteria of the Constitutional Court," Justice Minister Alberto Ruiz Gallardón told public radio RNE.

The Constitutional Court has ratified the 1985 law but has not yet ruled on a Popular Party appeal against the 2010 abortion reform.

Spain's ruling party has agonized over the reform, with the justice minister at one point surprising even members of his own party by saying that a risk to the mother should not be considered as a "pretext for not protecting a newborn".