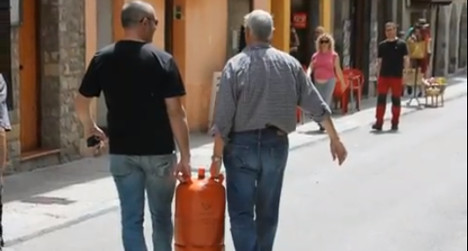 "We made sure the gas canisters were empty before we started hurling them". Photo: YouTube

Residents in the municipality of Los Molinos had the chance to witness a new competition that stands out for its brutishness and idiotic nature.

The competition is being organized by a local club called Los Zagales.

"So rather than organize a game of paddle tennis or a card game to raise money for our local fiestas, we decided to live up to our reputation."

Guerrero, along with other members of Los Zagales friends association, came up with five events for the highly anticipated brutathlon.

"We made sure the gas canisters were empty before we started hurling them," Guerrero clarifies.

FESTIVAL
The crazy ways to celebrate carnival in Spain
Url copied to clipboard!