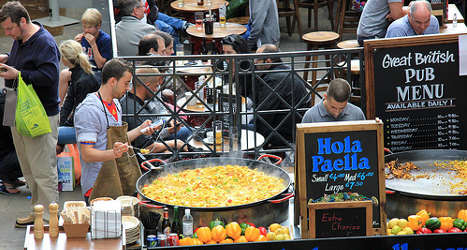 The UK saw a 50 percent jump in the number of Spaniards signing onto its national insurance (NI) scheme from March 2012 to 2013, the figures from the UK's Department for Work & Pensions (DWP) reveal.

A total of 45,530 Spaniards joined the scheme which is a prerequisite for accessing the UK's labour market, and welfare and health systems.

Click here to look at The Local's list of the top ten things that shock Spaniards about Britain.

Greece and Portugal also large surges in numbers joining the UK scheme. For Greece that number was 44 percent, and for Portugal 43 percent.

The DWP put down the steep climb in numbers from these countries to high unemployment.

Spain's El Mundo recently reported there 73,659 Spaniards registered as living in the UK at the end of 2012, although the UK's Telegraph newspaper said on Friday the unofficial number could be twice as high.

The British Embassy Madrid estimates, meanwhile, that there are close to 800,000 British people living in Spain.