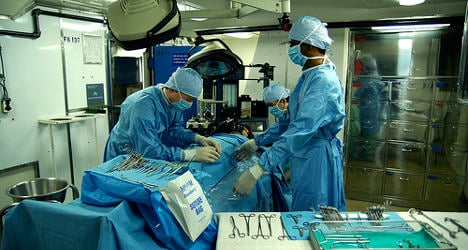 The global winner was Hong Kong with a score of 92.6. Life expectancy in the former UK colony is a very high 83.4 while heath spending eats up just 3.8 percent of GDP.

In Europe, Italy came close with a score of 66.1, placing it sixth on the Bloomberg list.

Switzerland and Sweden also placed in the top ten with scores of 63.1 and 62.6 respectively.

Switzerland is the only large country in Europe with higher life expectancy than Spain (82.7 years), but the per capita health spend in the alpine country is three times higher at $9,121.

In putting together its list, Bloomberg ranked countries on life expectancy (weighted at 60 percent), and on relative per capita cost of capital health care (a 30 percent weighting), which is health care spending per capita as a percentage of GDP.

Rankings also took into account the absolute cost of health care which includes services like preventive medicine, family planning and emergency aid. This was weighted at 10 percent.

Countries included had populations of at least 5 million, a GDP per capital of $5,000 and a life expectancy of at least 70 years.

PARTNER CONTENT
European healthcare: how does your country rank?
Url copied to clipboard!