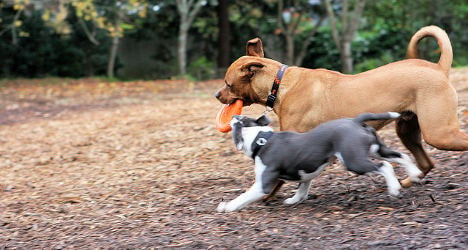 The victim’s grandson has been charged with gross negligence.Photo: Katherinejoy1010/Flickr

The 85-year-old was bitten by several Staffordshire terriers when she was lying on her bed in the village of Pacense, Extremadura.

The old lady was alone in the house on Monday night when the hounds attacked her.

She had to have her leg amputated as a result of her injuries.

According to Extremadura’s government, the dogs managed to escape from their kennels and made it into the house.

The terriers are being examined to find out why they leaped on the 85-year-old without reason.

Meanwhile, the victim’s grandson has been charged with gross negligence.