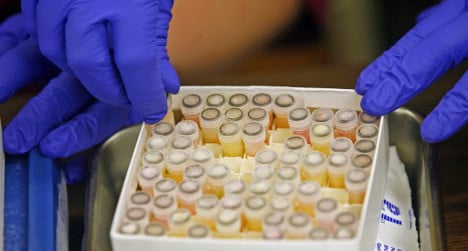 Díaz sees no alternative but to work abroad if she intends to progress with her work into autoimmune diseases and their relationship with autism genes. Photo: Darren Hauk / Getty Images / AFP

Leticia Díaz Beltrán was snapped up by Harvard’s Computational Biology Department over a month ago thanks to an agreement between both universities.

Díaz, who was doing a PhD on genetics and autism, is one of countless Spanish scientists who've borne the brunt of the country’s research and development (R+D) investment cuts.

“It’s frustrating to know the State has spent money on training us for it then to be others who reap the rewards of our hard work, it makes no sense,” Díaz told el País.

The Jaén-born scientist labelled the future of scientific investigation in Spain as “devastating”.

She has received zero funds since beginning her doctorate in January 2012.

“Slashing research funding is the worst thing to do in times of crisis,” Díaz argues.

“It makes more sense to invest in science, technology, innovation in order to increase productivity and exports.”

Díaz sees no alternative but to work abroad if she intends to progress with her work into autoimmune diseases and their relationship with autism genes.

She’s yet another victim of Spain’s research crisis, which has seen ten percent of scientists at Spain’s official research centres (CSIC) lose their jobs in the past year and a half due to drastic spending cuts.