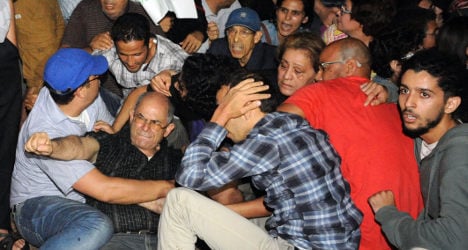 Protestors during a demonstration on Monday in Kenitra against the pardon by King Mohamed VI of Morocco of a Spanish paedophile. Photo: Fadel Senna/AFP

He was arrested in Murcia, Spanish newspapers reported.

Spain said earlier on Monday it was in talks with Morocco on the fate of a Spanish paedophile who had his pardon revoked after it sparked angry protests in the north African country.

King Mohamed VI of Morocco on Sunday revoked a pardon granted to the man convicted of raping 11 children aged between four and 15 and sentenced in September 2011 to 30 years in prison in Morocco.

"After the last statement by the king of Morocco which revoked the pardon, the Spanish and Moroccan ministries of justice are in contact to decide what to do, how to proceed now," a Spanish foreign ministry spokeswoman had told AFP.

The Spanish paedophile was among 48 Spanish prisoners who was pardoned by the king and freed last week from jail in response to a request from Spanish King Juan Carlos, who visited Morocco in mid-July.

The pardon sparked outrage in the north African country, which has seen several high-profile paedophile arrests in recent months.

On Friday night, baton-wielding police dispersed several thousand people who tried to protest in front of the parliament in Rabat.

Sit-ins planned for Casablanca on Tuesday and Rabat on Wednesday were still due to go ahead.

The paedophile pardoned by the Moroccan King worked at the University of Murcia in between 1996 and 2002, latterly as an Arabic language teacher, the university's president, Jose Antonio Cobacho, told reporters.

"He carried out his duties correctly. He was a fellow during the first two years and then he had a work contract for four years," he said.

The convicted paedophile, who is of Iraqi origin, moved to the Moroccan port city of Kenitra in 2005, Spanish daily newspaper El Mundo reported without citing its sources.

The Moroccan court which convicted the man accused him of having "taken advantage of his neighbours' financial difficulties" to sexually abuse the minors, the newspaper added.

In related news, King Mohamed VI of Morocco dismissed the director of prisons on Monday after an inquiry blamed his department for the release under royal pardon of a Spanish child rapist.

"The inquiry concluded that the said administration inadvertently provided erroneous information about the criminal record of the prisoner in question when requested by the royal court," a palace statement said. 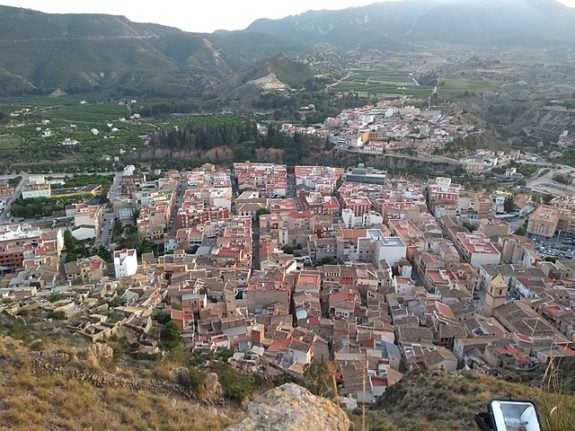