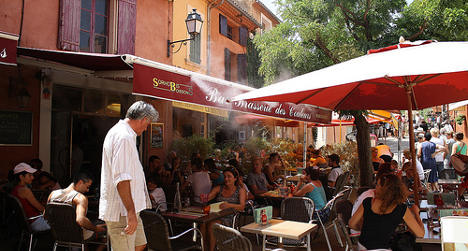 People who breathe in contaminated water vapour in bar and restaurant terraces in Spain are running the risk of catching Legionnaire's disease.

Spanish Plage Control Consortium ANECPLA has issued a warning about the health risks people are running if bar and restaurant owners aren't aware of the hygiene requirement of the increasingly popular mist sprayers.

“If a person breathes in one of these bacteria, they can end up with legionellosis or pneumonia.”

Public awareness campaigns are being carried out in cities across Spain to prevent the spread of this potentially fatal disease.

The time between the patient's exposure to the bacterium and the onset of illness is usually two to ten days.

If you're suffering from a fever, chills, a cough or stomach problems and you think you may have been exposed to waterborne bacteria, make sure you see a doctor.

People of any age may suffer from Legionnaires' disease, but the illness most often affects middle-aged and older persons, particularly those who smoke cigarettes or have chronic lung disease.