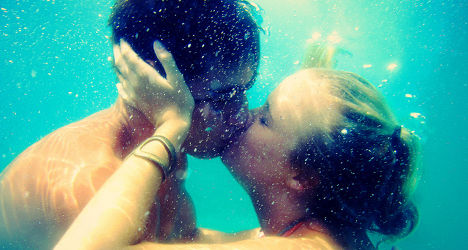 Whether it's because they try harder or it’s in their genes, it comes as no surprise that single men from Spain and Italy are more likely to have a summer romance than most of their European counterparts.

But a new study by dating agency Meetic shows that Norwegian men are the biggest heartthrobs in the continent, with 74 percent stating at least one lucky lady had fallen into their love trap during the sweltering summer months.

Spaniards and Italians followed closely behind in the ranks, with 65 and 61 percent respectively.

"A sense of humour is key for a summer relationship to live on," says María Garay, Dating coach at Meetic.

Dare we say this might be a reason why German singles are at the bottom of the table, with only 27 percent of men saying they’d had a holiday romance in the past.

In any case, Meetic’s study found that most relationships don’t live on into the autumn, with a mere 13 percent reaching the six-month mark and an even lower 11 percent lasting a full year.

PARTNER CONTENT
Spring is in the air, could romance be too? A new survey has the answers
Url copied to clipboard!