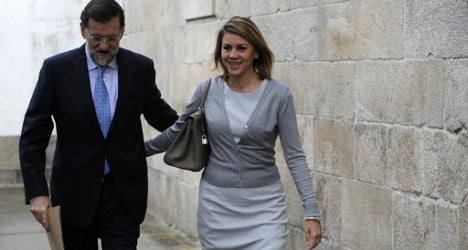 Former party treasurer Luis Barcenas told the judge he made secret payments to Rajoy and Cospedal between 2008 and 2010. Photo: Miguel Riopa/AFP

The scandal first broke in January when a newspaper published copies of account ledgers purportedly showing irregular payments to top party members including Prime Minister Mariano Rajoy who has led the conservative PP since 2004.

Barcenas told National Court Judge Pablo Ruz, who is leading the investigation, that he made secret cash payments to Rajoy and Cospedal between 2008 and 2010 while they were key opposition leaders.

Rajoy has denied that he or other party figures received illegal payments and has said he will not step down over the affair.

Ruz has summoned Cospedal to testify as a witness on August 14, the judicial source told AFP.

He also summoned her two predecessors in the post of PP secretary general, Javier Arenas and Francisco Alvarez Cascos, to testify on August 13, the source added.

Cospedal, 47, is also the head of the regional government of Castilla-La Mancha.

Pressure on Rajoy over the case has mounted after Barcenas was jailed last month while under investigation for running the slush fund and having huge secret Swiss bank accounts.

The prime minister will address parliament over the issue on Thursday. 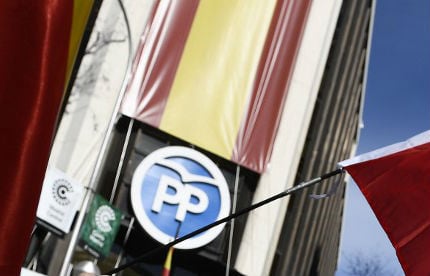 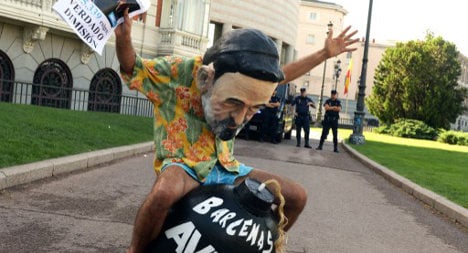 Spain has been the focus of a lot of attention this week because of the train crash in Santiago de Compostela and an appearance in Spanish Parliament by Prime Minister Mariano Rajoy to answer questions about a slush fund scandal affecting his party.

On top of all that, the situation between Gibraltar and Spain has been unusually tense with long queues at the border between the Rock and its much larger neighbour.

In this article, we take a look at what the international press has been saying about all these events.

In the aftermath of the train crash in Santiago de Compostela, the UK's Telegraph newspaper featured this article about the development of rail safety in the UK.

The author argued the 2002 roll-out of the Train Protection and Warning System (TPWS) has been incredibly effective, but that "safety is a relative, not absolute term".

The journalist also pointed out that the recent accidents in Spain and France were in countries with publicly-operated rail networks, perhaps putting paid to the idea that privatization was to blame for a reduction in rail safety.

How Spain's train tragedy is a blow to national pride

Time magazine chose to stress the economic importance of the AVE high-speed project in Spain.

“Every region in the country wants its own AVE, whether they need it or not,” the news magazine quoted Ricard Riol, president of the Barcelona-based Association to Promote Public Transportation as saying. “It’s become a symbol of economic and technological progress.”

Time also pointed out that high-speed trains were a positive beacon in what is otherwise a pretty dark economic landscape for Spain, and talked about the impact of the accident on a bidding war for new high speed projects in Brazil.

“It’s obvious that there are many interests, including economic interests, on the part of certain companies or suppliers,” said Alberto Núñez Feijóo, the President of Galicia, the region where the train accident occurred.

“Spain is one of the best in the world in high-speed connections and safety, and many countries might wish that weren't the case.”

The Economist  focused on Spaniards' "solidarity with the families and friends who had anxiously gathered in the city to discover the fate of loved ones", and said Spaniards were "grieving with dignity".

The magazine also added that while much of the blame for the accident could be attributed to the driver, many questions about safety would have to be asked.

"Accidents are usually the result of several failures," said the Economist. "The more safety systems there are in place, the less likely it is that all can fail. Yet governments cannot be expected to pay for limitless numbers of systems."

The UK's Independent focused on the human face of the tragedy in this article about the Santiago train crash.

"I came for a christening, but now I'm going to a funeral," the paper quoted one person as saying.

An older resident of Angrois, where the accident happened, described initial difficulties in getting help:  "They thought we were joking, so I told a lad to say, ‘For Christ’s sake, tell them there’s bodies lying on the ground’. Then more people showed up and began to call, so they finally came."

Spain's Bárcenas still has much to explain in slush fund scandal

"While Mr Bárcenas was happy to explain how the slush fund paid out the money, he was far more circumspect when describing who put the money there in the first place, and why."

Santiago said: "The grave thing about this scandal is that big construction groups were buying politicians for many years."

Rajoy offered his "fullest defence yet" of his conduct in the slush fund scandal on Thursday, according to the Financial Times.

The business newspaper described the Spanish leader's hour-long speech as "unusually passionate" and focused in on Rajoy's insistence that the opposition was damaging the country's image by highlighting the scandal.

"Why are you undermining the confidence that Spaniards have gained in the markets?,” the FT cited Rajoy as asking Alfredo Pérez Rubalcaba, the leader of the opposition Socialists.

The Wall Street Journal described Spanish Prime Minister Mariano Rajoy as "combative" during his appearance in the country's Parliament on Thursday.

The paper said the session had "done did little to calm the political furor, but neither did it appear to weaken his (Rajoy's) grip on power".

The newspaper also said there had the session "had limited impact", pointing out that Spain's international borrowing costs were lower on Thursday than a fortnight earlier.

The Wall Street Journal also pointed out that most of the bars and cafes showing the session live were almost empty because of Spain's summer holidays.

Problems the delays at the border between Spain and Gibraltar didn't go unnoticed internationally this week.

The UK's Guardian newspaper quoted a UK Foreign Office spokesman saying: "We are aware and very concerned about events at the Spain-Gibraltar border".

The paper also quoted the Gibraltar government's statement on this incident. "This torture has resulted in an ambulance being deployed to treat people with medical conditions. On Friday, for instance, a Spanish man had to be taken to hospital with chest pains." 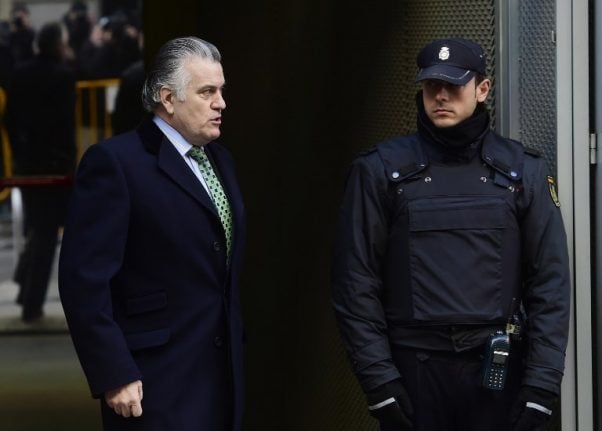 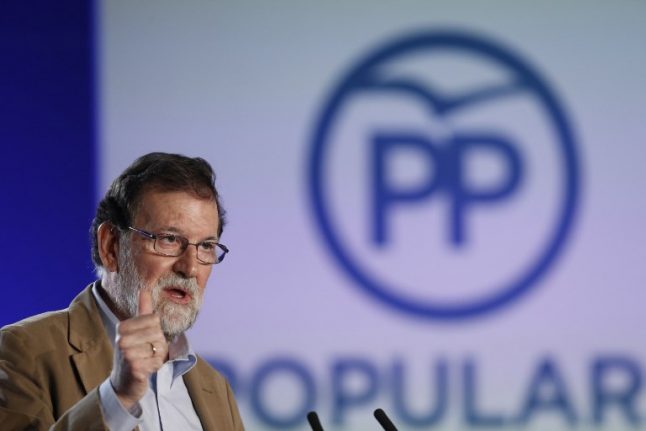